“The speed-pedelec remains a niche market with a high potential in our congested urban regions,” said Filip Rylant of the Belgium mobility organization Traxio who published the speed-pedelec trend report. In Belgium speed-pedelecs are mainly used for commuting.

“The rainy weather in summer had a negative impact on the registrations of speed-pedelecs in 2021. After a promising spring, the sales figures mostly turned red from June, despite the return of the traffic jams around Antwerp and Brussels,” explains Filip Rylant. “In November sales showed a short revival. But in December only 731 copies were registered, which is even 13.16% less compared to 2020. The reduced traffic jams in combination with many people working from a home office, were the main reasons for this decline. In Belgium speed-pedelecs are mainly used for commuting.”

Leaders in the peloton

With a market share of 34%, Stromer is market leader in Belgium. The Swiss brand could even increase its sales yearly by 3.6%. The biggest growing supplier in the top-5 with an increase of more than 95%  is Klever, who now holds a market share of 6.3%. Trek lost almost a third of its sales volume last year. The Belgium speed-pedelec market is highly fragmentated with more than 20 brands supplying one or more models. Including well known Belgium manufacturers like Norta and Oxford.

The Belgium sales balance for 2021 shows a slight decline compared to 2020. 12,377 speed-pedelecs in 2021 versus 12,596 (-1.7%) in 2020. Compared to the pre-Corona era, this is even a decrease of -7.8%. In 2019, 13,417 units were still sold. According to Traxio the leasing business, representing 35.6% of the market, is still expanding. This category increased by 11.6% last year. Companies are increasingly opting for a worry-free leasing formula and less for direct purchases. As a result company registrations dropped by 11.7% in 2021. The total registrations for leasing and companies combined, remain above 2020 levels. It was consumer sales in particular that showed a downward trend with -6.6% less units.

In Belgium, the cumbersome and time-consuming procedure for applying for number plates is still an obstacle to opting for a speed-pedelec for many customers.

Speed-pedelec sales are primarily a Flemish affair. The Flemish part of the country accounts for about 95.7% of the sales with 11,844 units. While Brussels (261 units) and the whole of Wallonia (272 units) represent only 2.1% and 2.2% of the market respectively.

Especially for people living in the area around Antwerp the speed-pedelec is a very popular means of transport. They bought a total of 6,108 units last year. Some 261 speed-pedelecs were registered last year in the Brussel’s area. Compared with 2020 this is a stable market. Sales lost some traction as since 2021 speed-pedelecs have fewer assets in an urban environment with a common speed limit of 30 km/h and stiff competition from shared bicycles and scooters.

Stable market in the Netherlands

In the January–November period of 2021 the sale of speed-pedelecs accounted for a 15.5% share of the Dutch market for 50cc scooters and mopeds with a total volume of 4,013 units. Also in the Netherlands, speed-pedelecs are mainly used for commuting.

Due to the pandemic, working from a home office became standard for a substantial part of Dutch people. For many it has even become the new standard. As a result, the speed-pedelec as an alternative for a car has been less relevant. The number of traffic jams became less as well, so that made the car more attractive for commuting. However, traffic jams immediately returned once the offices opened up again last autumn. So the speed-pedelec will maintain its relevance as an alternative for car commuting. On top of that, a part of the commuters who used to travel by public transport are also looking for other means of transport to avoid the crowded trains and buses.

With such power and speed characteristics speed-pedelecs must comply to EU’s type-approval regulation that came into force 1 January 2017. For a complete, but manageable overview on what this is all about, see Bike Europe’s Whitepaper on Rules & Regulations on Electric Cycles in the European Union. It offers guidelines on pressing issues when designing, developing, sourcing, distributing and selling e-bikes, pedelecs and speed-pedelecs on the European markets. 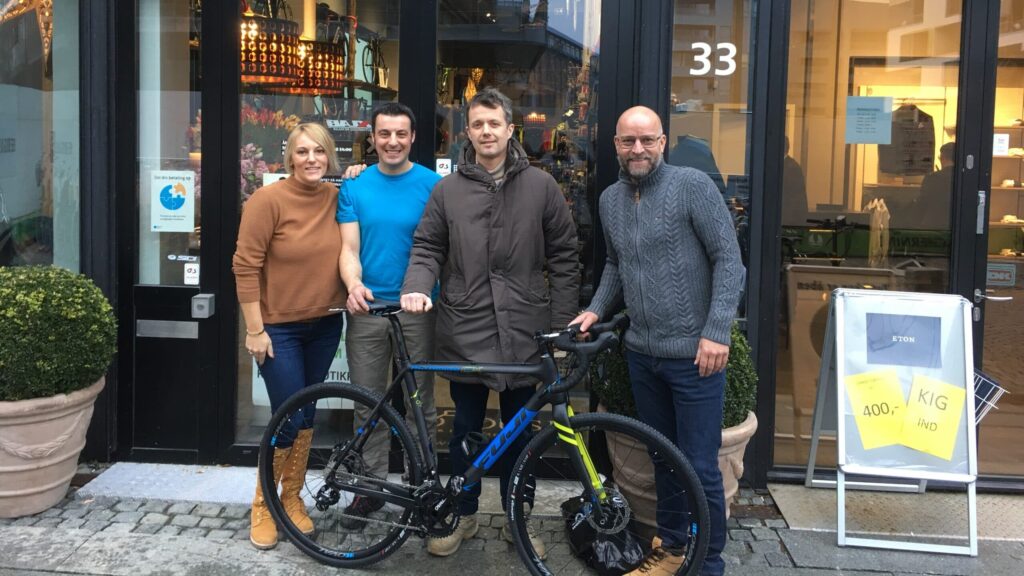